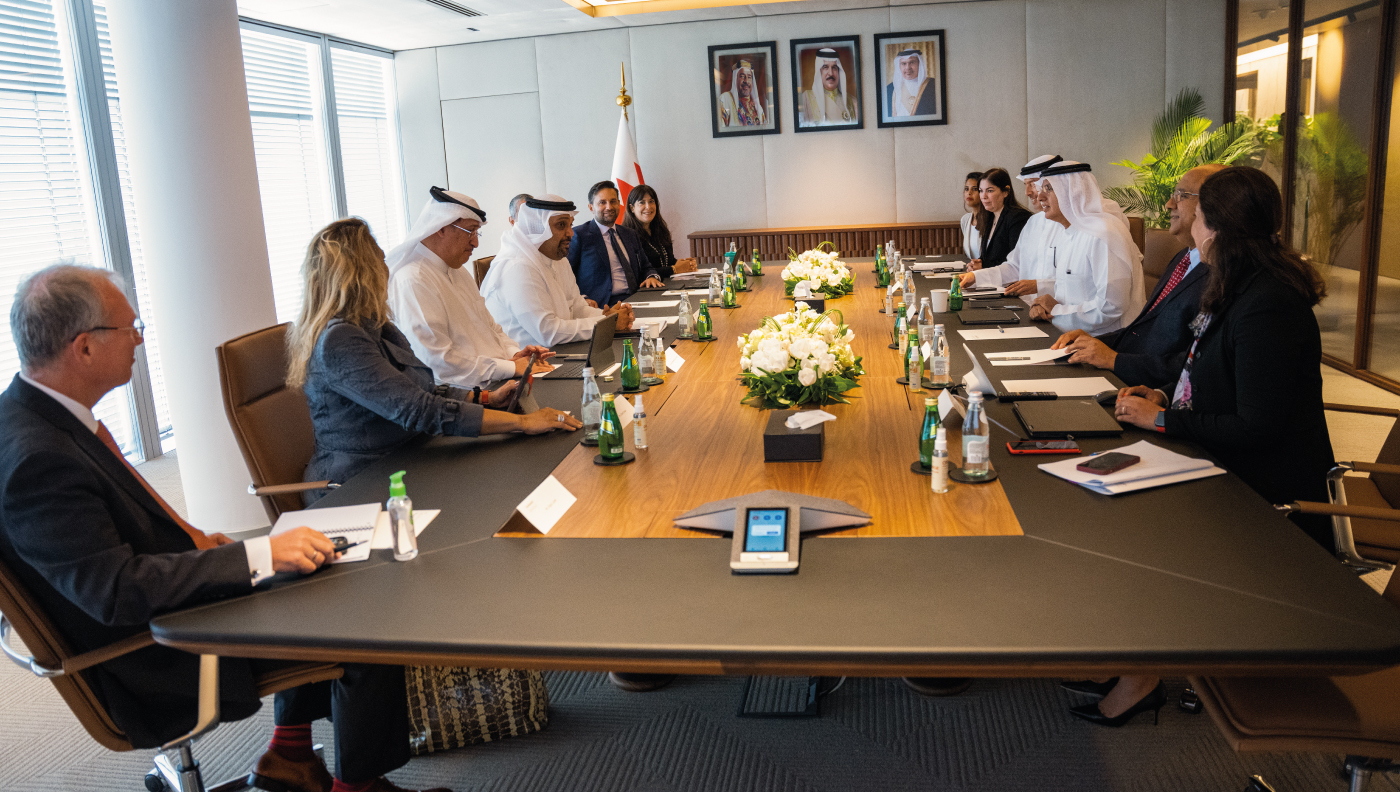 The Chairman and the board members expressed their appreciation for the trust of His Royal Highness Prince Salman bin Hamad Al Khalifa, Crown Prince, and Prime Minister, and his guidance to continue investing in the Kingdom for the benefit of Bahrain and its people.

During the meeting, H.E Shaikh Salman bin Khalifa Al Khalifa expressed his appreciation for the contributions of H.E. Shaikh Khalid bin Abdulla Al Khalifa, Deputy Prime Minister and Minister of Infrastructure, for his guidance and support throughout his tenure at Mumtalakat.

In addition, the Board of Directors reviewed the progress of the company’s new investment strategy and affirmed Mumtalakat's commitment to continue investing in the Kingdom of Bahrain through key economic sectors that are aligned with the economic recovery plan, which will enable Mumtalakat to continue its contribution to the national economy.