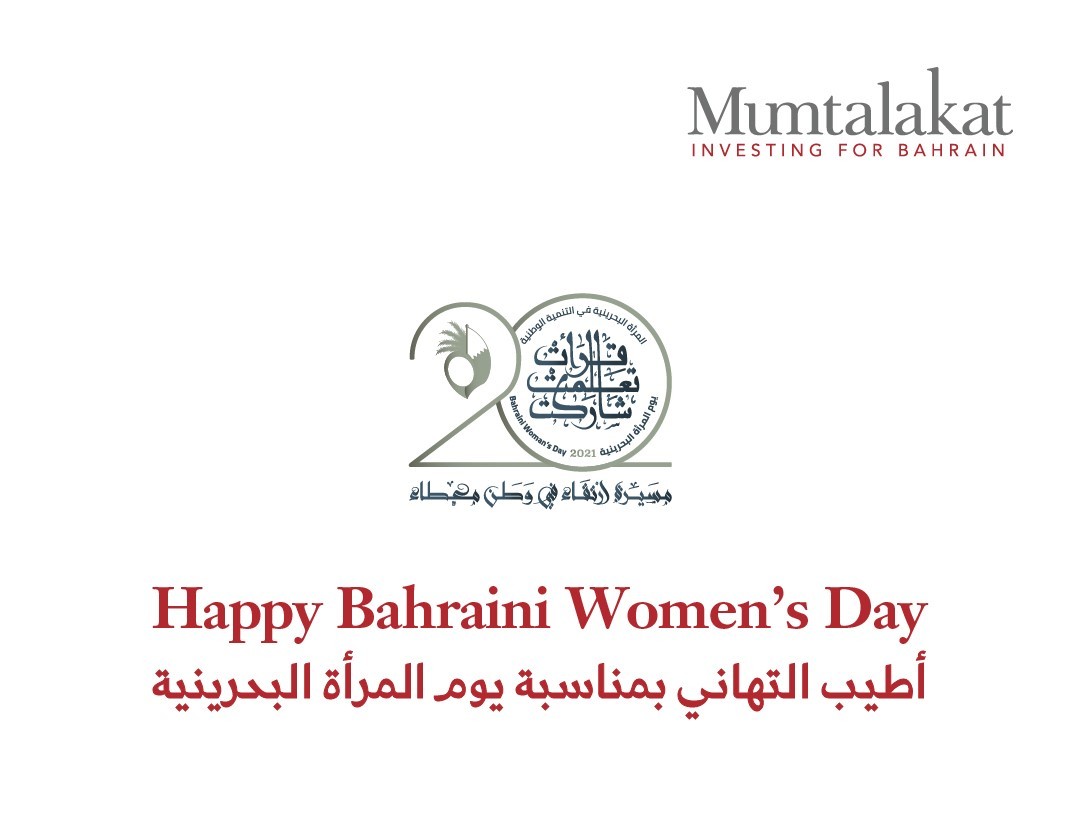 Manama, Bahrain, 30 November 2021: Bahrain Mumtalakat Holding Company (“Mumtalakat”), the sovereign wealth fund of the Kingdom of Bahrain, celebrates Bahraini Women’s Day this year, which coincided with the 20th anniversary of the establishment of the Supreme Council for Women (SCW), the leading national organisation tasked to support and encourage progress of Bahraini women across all fields and arenas.

Commenting on the occasion, HE Khalid Al Rumaihi, CEO of Mumtalakat, said: “We are honoured to celebrate the pivotal role that Bahraini women continue to play within the national development process in the Kingdom of Bahrain this Bahraini Women’s Day.”

“We congratulate the Supreme Council for Women on its 20th anniversary and on the occasion of Bahraini Women’s Day. Bahraini women have succeeded in achieving distinguished accomplishments and contributions under the leadership of His Majesty King Hamad bin Isa Al Khalifa, and the Supreme Council for Women headed by Her Royal Highness Princess Sabeeka bint Ibrahim Al Khalifa, Wife of HM the King and President of the SCW,” he added.

Marwa Al Saad, Executive Director of Human Capital at Mumtalakat and Chair of its Equal Opportunities Committee said: “Women currently represent 44% of the Mumtalakat team and 41% of management roles. This is a reflection of the caliber of expertise and talent we have been able to attract to the organisation that forms a part of Team Bahrain to contribute to the national development process.”

“On this occasion, I extend my appreciation and gratitude to every Bahraini woman who continues to strive towards achieving more accomplishments and recognition in all fields,” she added.