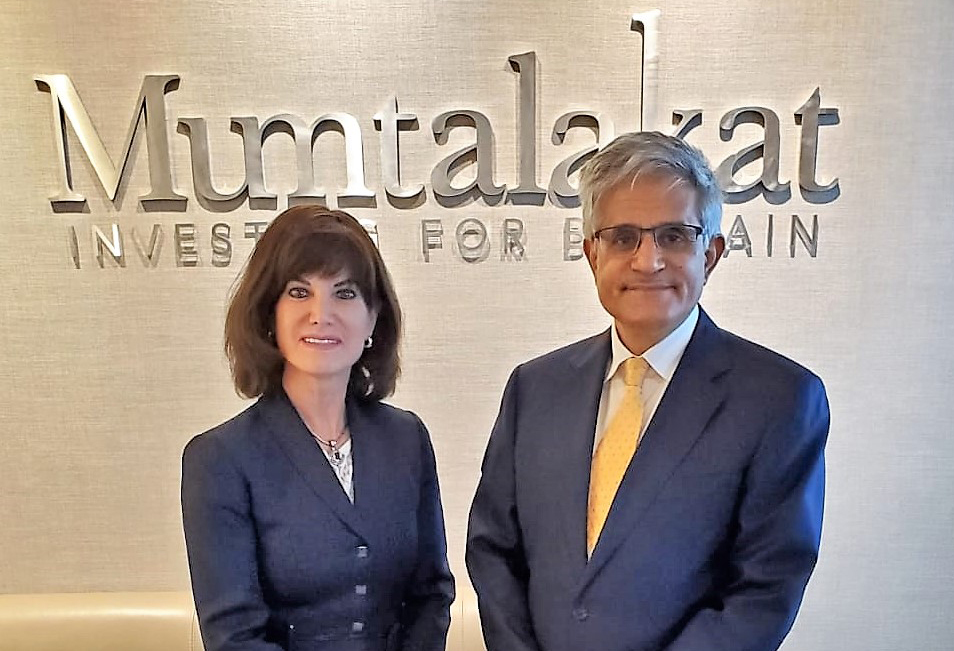 Yesterday the President of the American University of Bahrain (AUBH), Dr. Susan E. Saxton, visited the offices of Bahrain Mumtalakat Holding Company (Mumtalakat) and discussed the upcoming university’s preparations for the welcoming of its inaugural students in September 2019 with Mr. Mahmood H. Alkooheji, CEO of Mumtalakat.

Mumtalakat is an investor in the Bahrain-based Elm Education platform (Elm), which was established for developing the education sector in Bahrain and the Middle East and North Africa region, through which the AUBH will be operated. The University, which has been designed to cater for up to 4,000 students, is slated to open its doors in September with the introduction of dedicated Colleges of Engineering, Architecture & Design, and Business & Management.

Commenting on the investment, Mahmood H. Alkooheji said, “At Mumtalakat, we believe that investing in education is an investment in the Kingdom’s economy and future. Education is the necessary building block for better health, employment and empowerment. On average globally, each additional year of education a child receives increases his or her adult earnings by about 10%. In Bahrain, with a growing youth population, the demand for higher education continues to grow at 6%, but our private higher education institutions account for only one third of total enrolments. This is why we chose to invest in Elm – to address the increasing demand for education and help build a more productive and prosperous society.”

Dr. Susan E. Saxton, President of AUBH explained, “Establishment of AUBH supports the Kingdom in its quest to achieve academic excellence, and to advance its status as the educational role model for the Arab region. With a strong emphasis on graduate outcomes and employability, AUBH combines dynamic instruction, quality faculty, state-of-the-art premises and a socially-active campus life to cultivate a future generation of well-rounded, confident professionals who will thrive in a competitive global environment.”

AUBH is the first purpose-built, American-style university in the Kingdom. Located in Riffa, the campus occupies a 75,000 square metre plot and features modern classrooms, labs, a state-of-the-art auditorium, student commons and athletic facilities.

Elm will continue to seek additional investments in the education sector in Bahrain and the wider MENA region.